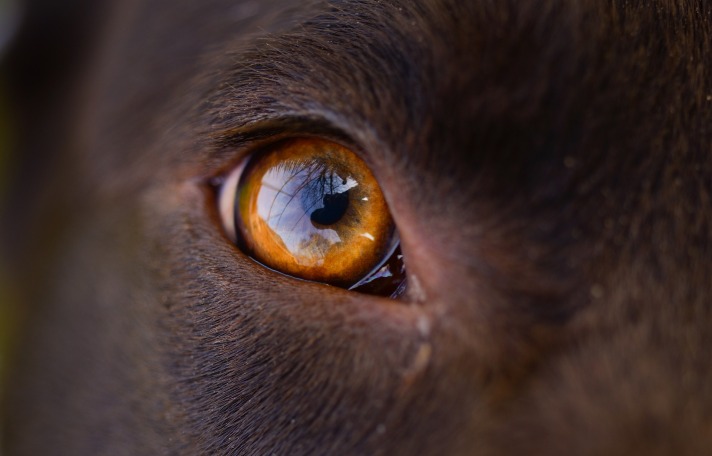 Dog trainers will often tell you a big part of their job is helping owners see things from a canine point of view. Humans and dogs have established a remarkable way of communicating with one another, but this doesn’t mean we always get it right. We can’t help but view the world from a human perspective, using our somewhat limited human senses. This can lead to some significant misunderstandings. Do you really know what your dog is thinking and feeling? What is this based on? How much of it is being influenced by your own experiences and desires? And what role do more complex factors play, such as culture, education and social norms? If we involve them in our lives, do we have any moral obligations towards animals? Or perhaps more importantly – do animals have moral codes that we should consider in our understanding of them?

A much-referenced study by Alexandra Horowitz provides an interesting perspective on how we relate to one of our most ancient companions – dogs. Horowitz was interested in the many owners who claim their dogs look guilty when they’ve done something ‘wrong’. You probably know the look – low posture, looking away, maybe a nervous tail wag. The internet is full of videos and memes about how guilty our ‘naughty’ dogs feel when they wrong us.

In the study scenarios were set up in which dogs were either ‘guilty’ or ‘not guilty’. For example, owners would ask their dog not to eat a treat while they left the room, and the dogs would either comply or gobble up the tasty snack. When owners returned, they were asked to either praise the dog or scold them based on whether they had obeyed. However, owners weren’t always given accurate information about how their dog performed. So some owners were telling dogs off who had resisted taking the treat.

The results revealed that dogs will show ‘the guilty look’ regardless of whether they’ve done the ‘right’ thing or not. This may suggest that dogs aren’t showing these behaviours because they understand and feel bad about what they’ve done. Instead, they are doing what dogs do best – using powerful communication signals to appease us and show us they mean no harm, in direct response to our anger. If you take a close look at all those guilty dogs on the internet a common theme emerges in their body language – fear.

When this study came out, it had a lot of coverage, usually with headlines like ‘dogs can’t tell right from wrong’. Does this type of result indicate that dogs have no sense of morality or fairness? Is morality a uniquely human phenomenon, synonymous with our unique cognitive abilities? If we take that approach, we might be missing some far more interesting considerations. In the dog world, grabbing some food from the ground is about as canine as it gets, regardless of whether another dog would rather you didn’t. But do dogs have a sense of right and wrong in other scenarios? When reflecting on the study, Horowitz herself said “this is not a test of whether dogs feel guilt. They may. But it appears that the one behaviour which appeared to reveal their guilt, instead shows dogs responding to our own behaviour.”

There are multiple definitions of morality which stem from different schools of thought, whether that be biological, philosophical or sociocultural. When we talk about morality we are often referring to:

Dutch primatologist and ethologist Frans de Waal talks about the two pillars of morality, reciprocity (fairness) and empathy (compassion), in his TED talk. His perspective is a good reminder that in everyday life, morality is typically associated with human behaviour and not much thought is given to the fascinating and mysterious social conduct of other species.

The evolution of morals

Emerging fields of evolutionary biology have argued that although human social behaviour is extremely complex, the precursors of human morality can be traced to the behaviour of other social animals. Nearly 150 years ago Charles Darwin argued that morality was a byproduct of evolution, which came about as humans were shaped into a highly social species.

“The difference in mind between man and the higher animals, great as it is, certainly is one of degree and not of kind” (Charles Darwin, The Descent of Man, 1871).

Marc Bekoff and Jessica Pierce (2009) have argued that morality is a group of behaviours that regulate and cultivate interactions within social groups. This includes things such as empathy, altruism, cooperation and a sense of fairness. In order to avoid injuries and the break up of social groups, a code of conduct is needed in all species. Animals modify their behaviour to improve their evolutionary fitness – they may act less selfishly in order to make sure the group succeeds as a whole. This biological approach suggests that moral codes are based on emotional instincts that ensure survival.

In the 16th century, philosopher and mathematician Rene Descartes said animals were red-blooded machines without thoughts or wishes. We now know from observations and scientific studies that animals have rich emotional lives, just like us, from elephant funerals to birds that demonstrate jealousy when their partner flirts with others.

Being a good (animal) citizen

There are a number of illuminating studies and anecdotes which provide insight into the moral lives of animals: 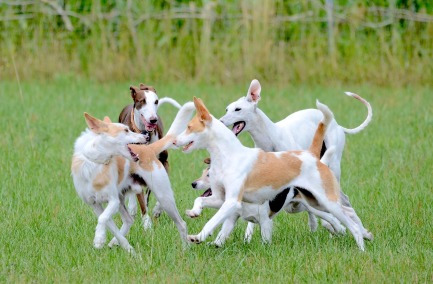 Dogs play by the rules

So how do dogs fit in to all of this?

Studies looking at dogs and their codes of conduct are relatively new. They’re a highly social species with complex communication signals:

Your dog may notice when you’re nice

In 2015 researchers at Kyoto University conducted a study looking at how dogs perceive sharing. In the first experiment dogs watched a scene in which a person was trying to open a can. After failing the person asked another person for help – sometimes the other person helped and sometimes they didn’t. In some cases there was a third person present who did nothing and was passive.

In the second experiment the dogs watched two people arrive with three balls each. One of the people then asked the other to give them all their balls and the other person complied. The person who had given up their balls then asked for them to be returned. Sometimes the balls were returned to them and other times they weren’t. Again there was sometimes a third person present who did nothing and was passive.

At the end of the experiment all three people involved offered a treat to the dog. In all scenarios the dogs showed a clear reluctance to accept the treat from the person who acted ‘selfishly’ (didn’t help or didn’t return the balls). They were happy to take a treat from the people who were fair and helpful or passive. The researchers suggested that dogs make social judgements in ways similar to human infants.

The moral implication of morals…

When it comes to our pet dogs, we often know less than we think we do. We can never truly immerse ourselves in their world view and experiences, but it’s essential that we try. Often the more we interfere (especially in dog-to-dog interactions) the more we skew their behaviour, imposing our own sense of right and wrong. Instead of constantly pushing our moral world onto them, we need to make room for not just the idea that they don’t understand it, but that they may have their own moral world we only see glimpses of.

Or as the wonderful Marc Bekoff states:

“Denial of who animals are conveniently allows for retaining false stereotypes about the cognitive and emotional capacities of animals. Clearly a major paradigm shift is needed, because the lazy acceptance of habits of mind has a strong influence on how science and philosophy are done and how animals are understood and treated.”